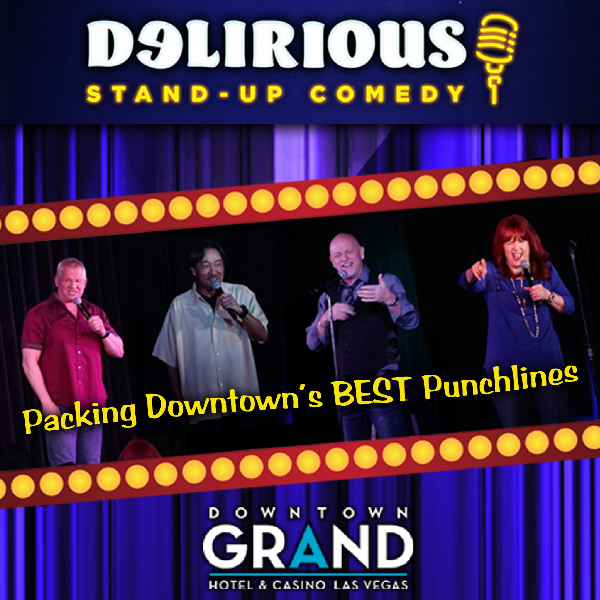 We're Bringing The Laughter Back With A Variety Of Our Favorite Comedians Performing Nightly...

Join us as we bring the laughter back to Las Vegas. Each night a different lineup of our favorite headliners, special guests and more.

Join us as we bring the laughter back to Las Vegas. Each night a different lineup of our favorite headliners, special guests and more.

Delirious Comedy Club features professional, live stand-up comedy shows. Located inside the Spare Room at the Downtown Grand Hotel & Casino in Las Vegas. Delirious Comedy Club brings you some of the funniest, top headlining comedians from across the globe. You may have seen them on The Tonight Show, HBO, Netflix, Conan, Bob & Tom, Comedy Central, Late Night, BET, Showtime, Howard Stern,YouTube, Amazon, USO Tours entertaining the troops and more, as well as showcasing the next generation of comedy stars. If you’re looking for night of laughter, then you’ve come to the right place! Due to subject mater, age limit is 21 and over unless accompanied by parent or guardian.