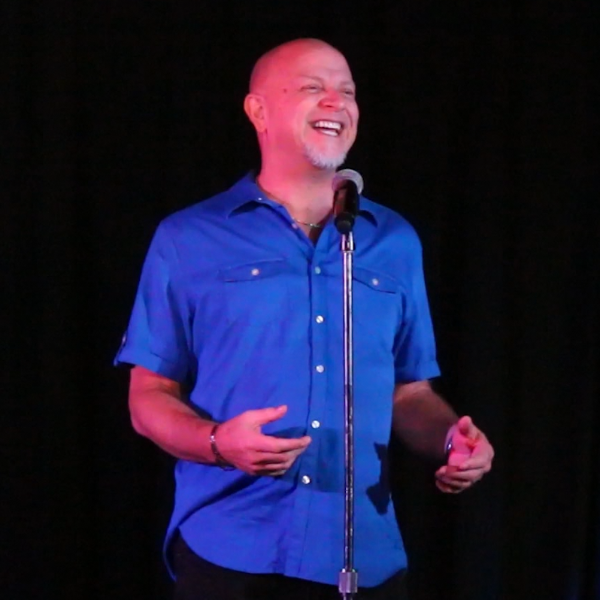 with Felicia Michaels and Guy Fessenden

Welcome To Delirious Comedy Club, The Only Full-Time, Professional Comedy Club In Downtown Las Vegas. Named "The Best Comedy Club In Downtown", we're celebrating with a variety of our favorite comedians nightly along with special guests, special events and more. We're doing it safely!!! Be sure to check out our website and see who's coming next.

Michaels was nominated twice for Funniest Female Comic by the American Comedy Awards; in 1999 she won the award. She has released one album, Lewd Awakenings, on the What Are Records label. She has appeared on such networks as Showtime, MTV, VH1, NBC, as well as appearing twice on ABC's Full House. She was also a Grand Champion on Star Search, where she made her national debut. She has also broadcast on XM Satellite Radio.

She began working as a comedian aged 18. During the 1990s, she shifted her stand-up persona from a dumb-blonde stereotype to a soft-spoken provocateur with an unrepentantly blue sense of humor.[1] She explores such topics as the dynamics of the male/female relationship, "dirty thoughts," and the proliferation of the sensual feminist.

She has appeared in three movies: Smart Alex, directed by Steve Oedekerk; Los Enchiladas, directed by Mitch Hedberg; and, most recently, I Am Comic, directed by Jordan Brady. She was a regular on the TV show Parental Discretion.

She posed nude for Playboy and was featured in the October 1992 issue.

She is also a photographer, and her 2008 photography project, titled "Stand Up / Stripped Down", documents comedians and the mystery of what happens backstage in the shadows that lead from the green room to the power of the stage. "Stand Up / Stripped Down" received first place for the people's choice at the 2008 edition of The Prix de la Photographie, Paris, for photojournalism.

She is also a recipient of a CINE Golden Eagle Award for In The Weeds, a short film she wrote and directed.

Michaels was the co-host of a popular weekly podcast with Joey Diaz named Beauty and Da Beast. It was nominated for Funniest Podcast by the Podcast awards in 2012.

In 2011, she released her second CD, entitled Chew On This, which continues where Lewd Awakenings left off.